Where Are They Now? The Top 10 Big Ten Football Recruits From 2009 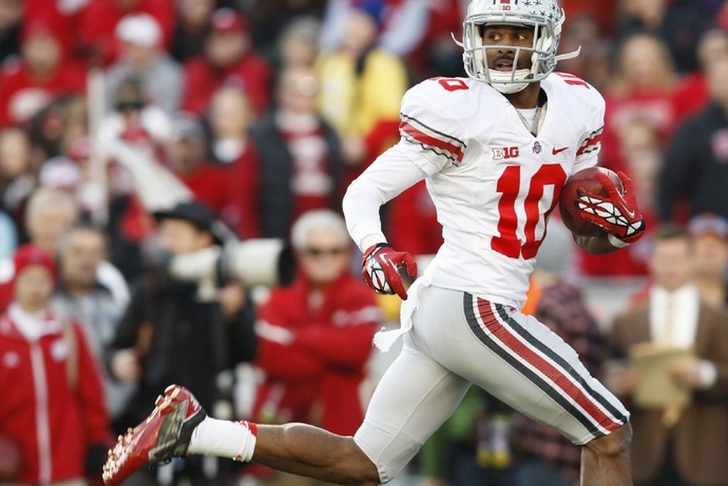 Recruiting is fickle by nature. It's not ease to figure out which high school players are going to develop into college football stars and it's just as hard to recruit them. While recruiting services like Rivals.com have made recruiting more widespread among fans, it's also shown just how much of a guess-game the ranking of players is.

Just look at the 2009 recruiting class for the Big Ten. It's full of players with potential that never quite developed. This list is based on Rivals' rankings of the 2009 class. With that in mind, Here are The Top 10 Big Ten Football Recruits From 2009 And Where They Are Now:

10. Justin Green, DB, Illinois
Green is the first of two Ron Zook recruits on this list. He was a four-star recruit and the No. 82 player overall in the class of 2009. He actually started his college career as a running back, but moved over to the defensive side of the ball before the 2010 season. He started 29 games for Illinois. He was an undrafted free agent who signed with the New England Patriots. He spent his nearly all of his time in the NFL on a practice squad and retied before the start of this season.

9. Jamie Wood, DB, Ohio State
Wood is the first of several Jim Tressel recruits that didn't quite pan out on the field. Wood was forced to quit football in 2012 because of shoulder injuries. He was a four-star recruit and the No. 74 overall player.

8. Terry Hawthorne, WR, Illinois
Hawthorne didn't play wide receiver for Illinois, but instead played cornerback. The No. 58 overall recruit played well at Illinois, although he battled injuries. He was a fifth round pick by the Pittsburgh Steelers in the 2013 NFL Draft. However, he never made the team and is out of the league.

7. Edwin Baker, RB, Michigan State
Baker was the No. 57 overall recruit in the class of 2009 and might have done more if the Spartans hadn't signed the unheralded Le'Veon Bell the next season. Baker's best season came in 2010, when he racked up 1,201 yards and 13 TDs as a sophomore. But Bell burst onto the scene the next year, stunning Baker's growth. He was a seventh round pick in the 2012 NFL Draft by the San Diego Chargers. He briefly made the active roster for the Cleveland Browns in 2013 and the New Orleans Saints in 2014, but hasn't played since.

6. Jaamal Berry, RB, Ohio State
The four-star RB and No. 56 overall recruit was supposed to be the next great OSU running back. However, run-ins with the law resulted in him transferring prior to the 2012 season. He barely saw the field at OSU and ended up at Murray State, where he was the school's leading rusher for two seasons. He didn't make it to the NFL.

5. Marcus Hall, OL, Ohio State
Hall might be best known for flipping off the Michigan crowd in 2013. The No. 52 overall recruit was also a productive lineman for the Buckeyes, starting 31 games. He was last on the Colts' NFL roster, but hasn't appeared in a game.

4. Justin Turner, DB, Michigan
Turner is one of two Michigan recruits on this list that Rich Rodriguez landed. The No. 35 overall player, Turner was one of the highest-rated four-stars. He was a total bust, lasting just one season at Michigan. He never played a down and ended up at Hawaii a few years later. He didn't do much there either.

3. Dorian Bell, LB, Ohio State
Bell was a five-star recruit and the No. 33 overall player in the class of 2009. He was also a major bust for the Buckeyes, barely playing. He transferred to Duquesne and did well, but never lived up to the expectations that came with being a five-star recruit.

2. Corey Brown, DB, Ohio State
Corey "Philly" Brown moved to WR for Ohio State, and unlike most players on this list, actually had some sustained success. He caught 145 passes in his college career for 1,750 yards and 15 TDs. He signed the Carolina Panthers as an undrafted free agent after the 2014 NFL Draft. He started 11 games this season, catching 31 passes for 447 yards and four scores. He contributed on returns his rookie year, even taking a punt for a touchdown.

1. William Campbell, DT, Michigan
Campbell was the No. 26 overall player and a five-star recruit. He was supposed to provide a major impact for Michigan, but underachieved. He was overweight at times, and didn't contribute much his freshman season. He was surprisingly moved to the offensive line his sophomore season and new head coach Brady Hoke moved him back to the defensive line for his junior year. He finally found some success his senior season, earning All-Big Ten honorable mention. A sixth round pick by the New York Jets in the 2013 NFL Draft, Campbell has yet to make a 53-man roster. He was signed by the Packers to their practice squad before the playoffs this year.