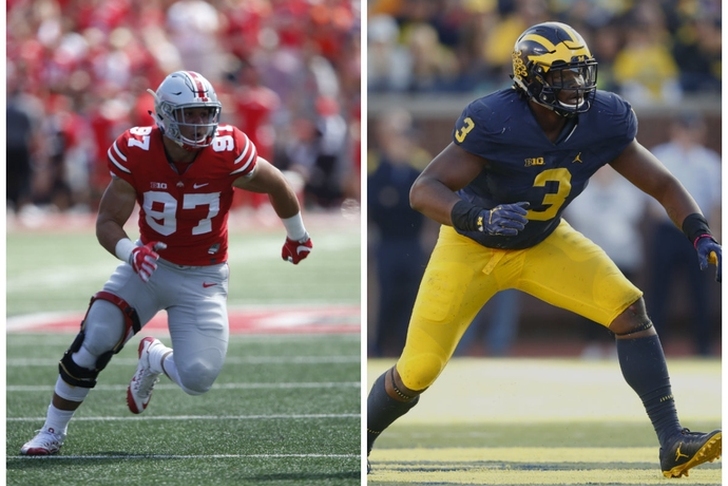 The Big Ten has re-emerged as the premier college football conference in the country each of the last two seasons, and an influx of talent was the centerpiece of that resurgence. Going into the 2018 season it's clear who the very best players and top draft prospects in the best conference are, and these players are expected dictate the way the conference plays out next season. Since the NFL Draft just ended a short time ago, here are the top 10 prospects from the Big Ten for the 2019 draft: 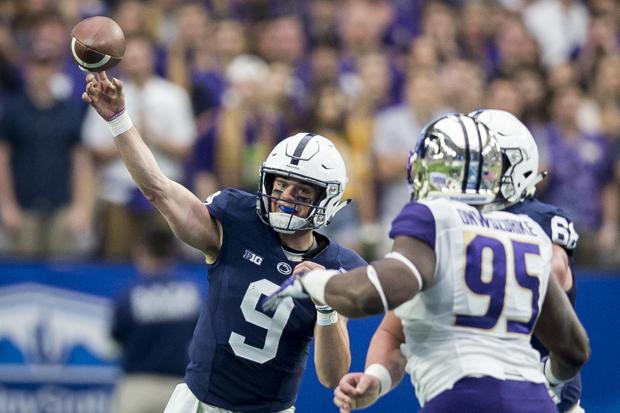 With Saquon Barkley now on the Giants, Penn State's offense will run through McSorley. He's racked up at least 3,600 total yards in each of the past two seasons despite playing second-fiddle to Barkley. Now, with no one else to really share the backfield with, McSorley should post even better numbers. That production, coupled with his downfield throwing ability, could put him in the mix as a first-round pick if he produces.

Thorson has ideal size at 6-foot-4 and 225 pounds to go along with excellent mobility, a solid arm, and good footwork and fundamentals. He needs to work on his consistency and decision-making but is someone scouts have had their eye on for a long time. Jordan has already started 27 games in his two-year career in Columbus and should be the first guard off the board in the 2019 draft - assuming he declares. He's an athletic mauler who is reliable blocking for both the run and the pass. 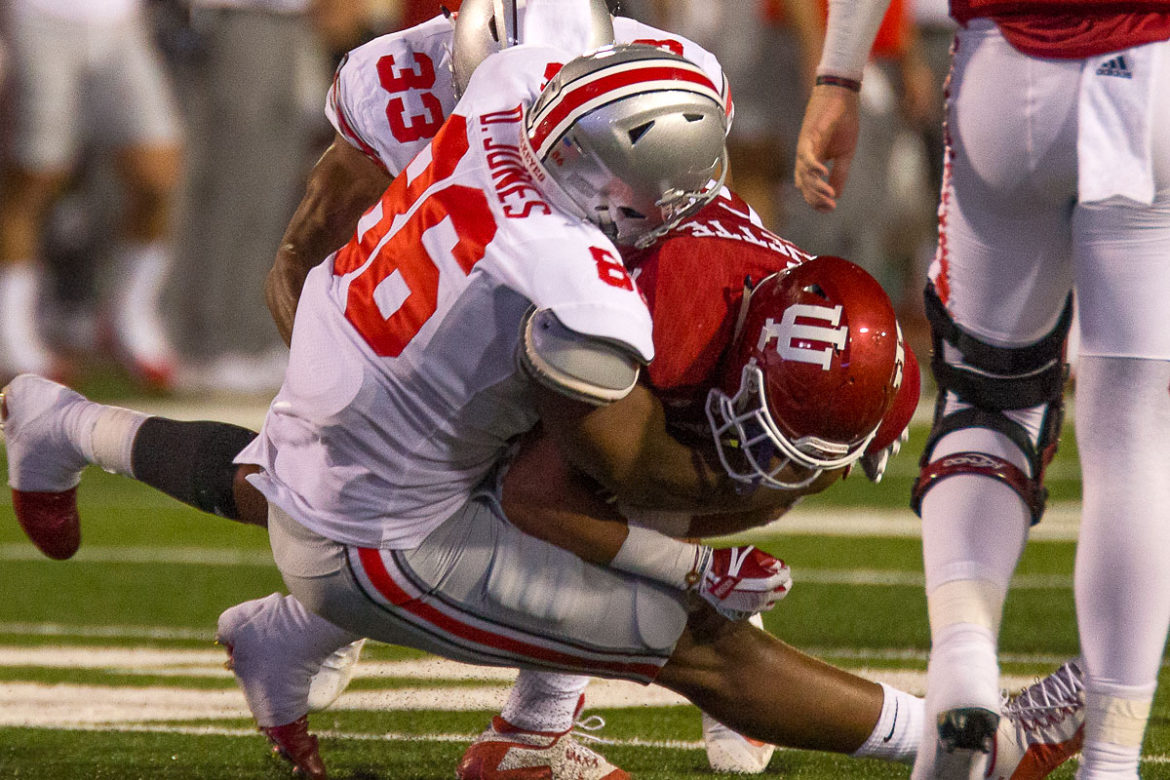 Another Buckeye who has started each of the past two years, Jones has the ability and potential to be a game-changer in the middle of the defensive line. While he's best against the run, Jones is also the rare defensive tackle who has the ability to pressure the quarterback and be a factor in the passing game as well. Edwards is one of four starters returning on Wisconsin's defense and will carry on the tradition of great Wisconsin linebackers. He was productive last season with 81 tackles and four interceptions, but should be even more so in 2018 as the focal point of the defense.

Patterson is eligible this year and that's huge for his draft stock. He could be higher than this if he shows the dual-threat ability and accuracy that made him a coveted recruit. Jim Harbaugh should be great for his development, but he needs to improve his consistency.

The first of two Wisconsin offensive linemen on the list, Edwards is a returning All-American who may end up being the first tackle taken in the 2019 draft because of his size (6-foot-7, 319 pounds) and strength. 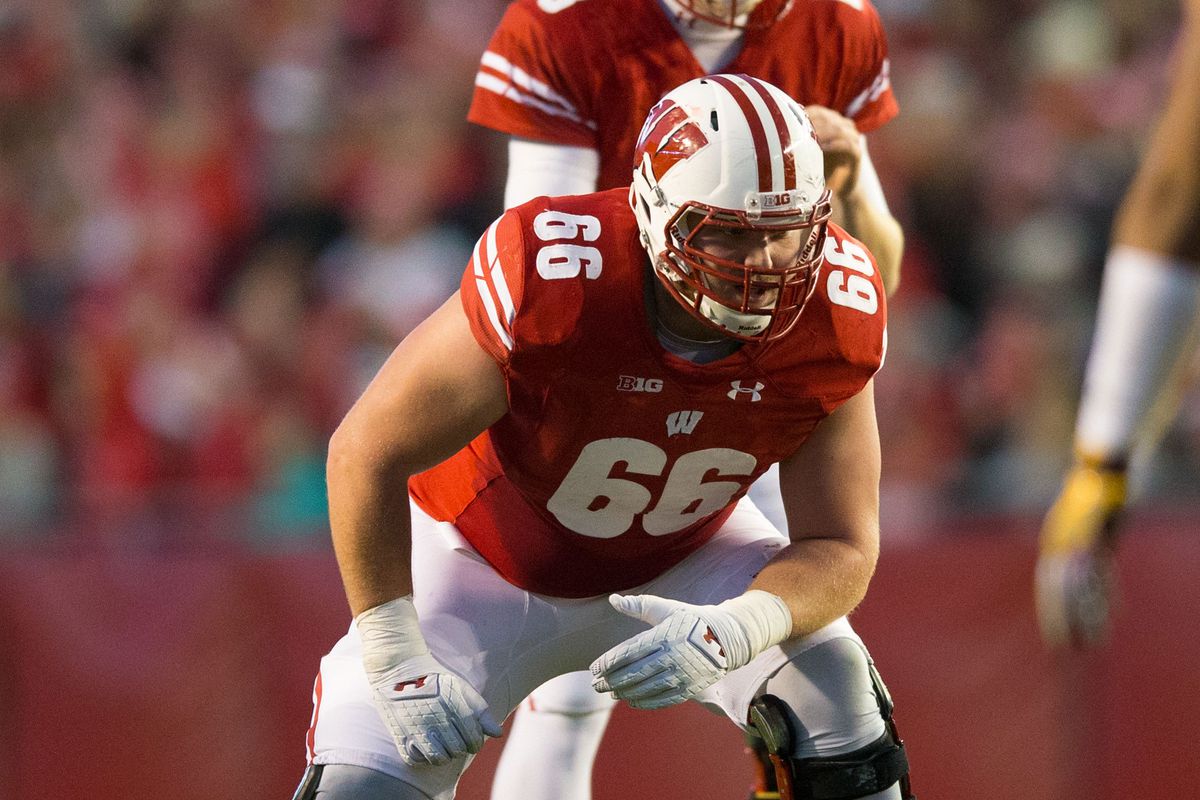 Another returning All-American for the Badgers, Benzschawel started all 14 games for Wisconsin last season and cemented himself as the best offensive lineman in the conference. He should be a top 10 or top 15 pick. 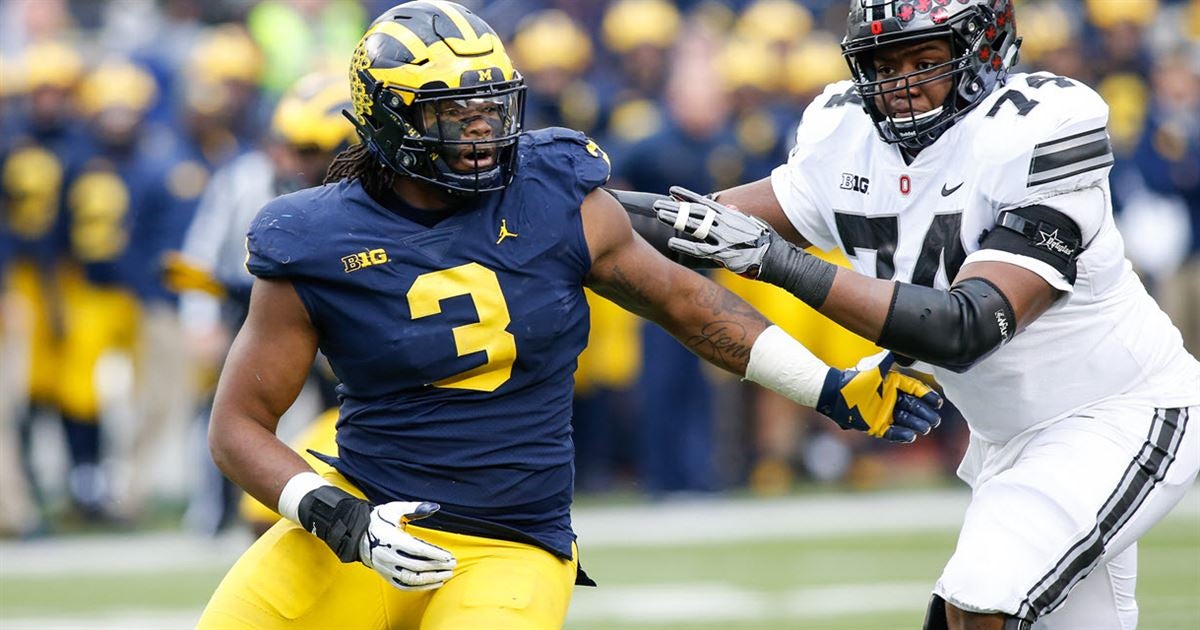 Gary had a breakout campaign in 2017 with the Wolverines racking up 58 tackles, 11.5 TFL, and 5.5 sacks. He emerged as one of the best players in the country and will be a top 10 pick in the 2019 NFL Draft because of his combination of size, strength, quickness, and versatility. 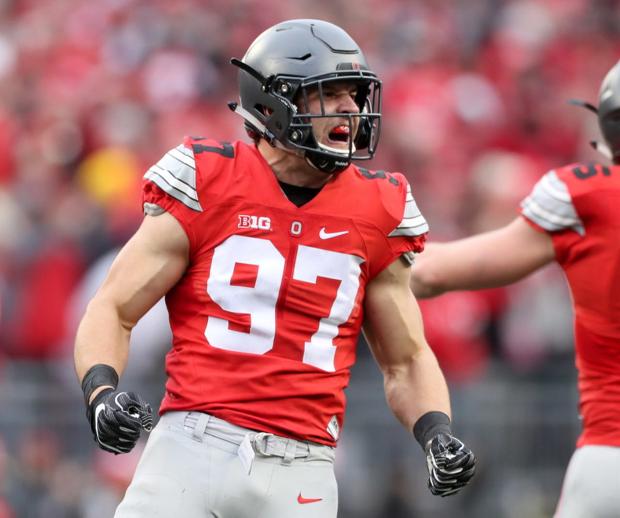 Perhaps the best player in the country is the Buckeyes stud defensive end. He will be compared to his brother (Joey Bosa is an outstanding defensive end for the Chargers currently) but should be able to carry the Bosa name thanks to his pass-rushing dominance. The 6-foot-4 270-pound Bosa will be an easy top-five pick in the 2019 NFL Draft.