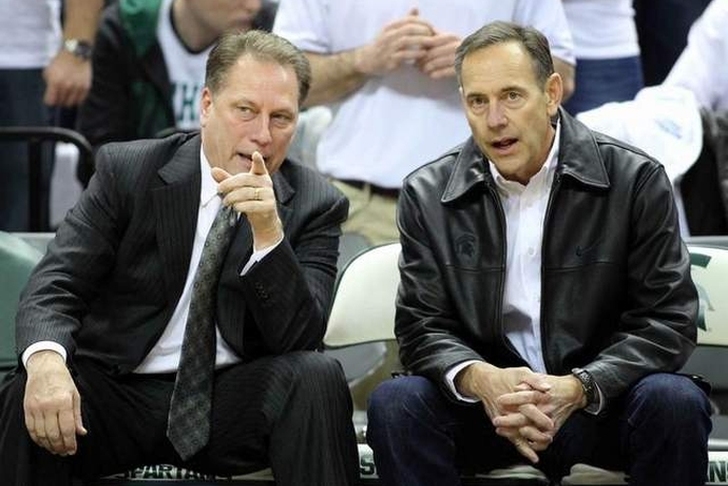 Had this been done a few seasons ago, the Wisconsin Badgers would have made this list. But the recent coaching turnover means they miss out. With that in mind, here are the Top 6 Big Ten Football And Basketball Coaching Duos.

Penn State checks in at No. 6, with the promise of potential playing a big role. The Big Ten is top heavy in both football and basketball. PSU is clearly behind Michigan, Ohio State and Michigan State in both sports, but there is potential. Franklin is building the football program back up and he's recruiting well. Chambers is the weaker of the two, but is also recruiting well. The Nittany Lions have increased their wins under Chambers as of late, but need to win a few more games this year to do that once more.

Wilson wasn't great in his first four season at Indiana, but lead the Hoosiers to just their second bowl game since 1993. That counts a lot at Indiana, although Wilson needs to sustain that. Although Crean gets plenty of hate from the IU fan base, he proved himself at both Marquette and Indiana. The Hoosiers have a 24-6 record this season, which should remove Crean from the hot seat he was on this season. For more IU coverage, download the Chat Sports Android and iPhone app.

Iowa is the home of overachieving coaches, especially this season. The Hawkeyes football team hadn't topped eight wins since 2009 and Ferentz was on the hot seat. Iowa promptly went undefeated and came up just short of making it to the college football playoff. Sure, they were blown out by Stanford in the Rose Bowl, but an 12-2 season is a great year for Iowa. McCaffrey had lead Iowa to back-to-back NCAA Tournament appearances, but nothing tops his early season effort this year. Iowa was ranked as high as No. 3 in the polls and will likely be back in the Tournament again this year.

The difference between the top three on this list is not a large one. Michigan is benefitting greatly on the gridiron from the addition of Harbaugh. There's no doubting his coaching ability and he's among the best in the nation. Beilein led Michigan to a Final Four run in the 2012-2013 season, but that's been the high water mark. Michigan missed the tournament last year and could do so again this season.

Harbaugh and Meyer both have claims to being the best head coach in Big Ten football, but Meyer's national championships give him the edge. While the Buckeyes' basketball team is having a down season, Matta is a great coach. Ohio State has yet to win a National Title under Meyer, but OSU has two Final Four appearances. Ohio State has won at least 20 games each season since Matta took over in 2004. Check out the Chat Sports Android and iPhone app for more OSU coverage.

While Dantonio is generally considered to rank behind Meyer and Harbaugh, he's a great coach. He's done wonders at Michigan State and has helped that program exceed expectations. But it's the presence of Izzo on the hardwood that give MSU the edge. He took over at Michigan State before the 1995 season. He missed the tournament his first two years and hasn't since. He's won one national title and made it to the final four seven times. MSU could make it eight times this year.