Tom Izzo: Michigan State to Be 'Part of the Healing Process' After Larry Nassar 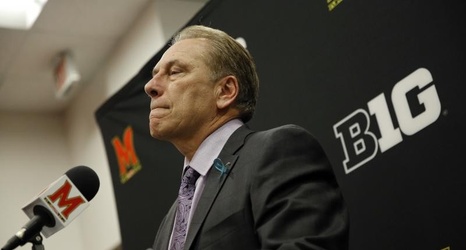 Michigan State men's basketball coach Tom Izzo said he hopes his team can be "part of the healing process" as the university undergoes mass upheaval following the fallout from the Larry Nassar trial.

"We've got a lot of things to cover, a lot of things to go over," Izzo said in an on-court interview after Sunday's 74-68 win over Maryland, per ESPN. "I just hope that everybody rallies behind this team a little bit, and I hope we all rally behind the survivors, and we make our community a better place."

Michigan State President Lou Anna Simon and athletic directorMark Hollis have announced their resignations in the days following a judge sentencing Nassar to up to 175 years in prison for decades of sexual abuse against underage girls.