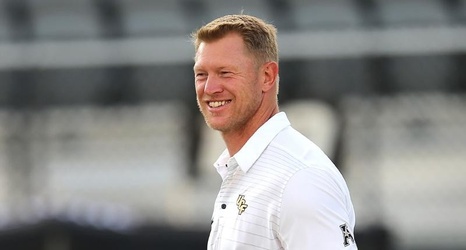 One of the hottest head coaching commodities in college football is off the market, as Scott Frost reportedly agreed to become the next head coach at Nebraska on Saturday.

George Schroeder of USA Today confirmed earlier reports that Frost agreed to a seven-year, $35 million contract with the Cornhuskers.

Frost has been the head coach at Central Florida since December 2015. The former Nebraska quarterback led a quick turnaround with the Knights, guiding the program to an 11-0 record this season entering Saturday's AAC title game after a 6-7 mark in 2016.