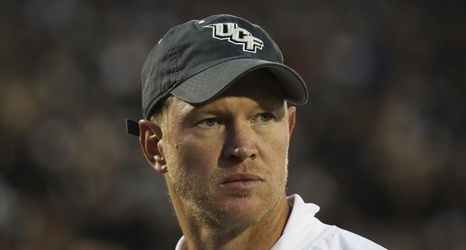 Max Olson‏ of The Athletic passed along comments from Moos, who noted the Knights' 11-0 record and AAC Championship Game appearance are likely the candidate's main focus.

"Scott is someone I am considering, but I'm being very sensitive to the fact he's still coaching a team, and he's having a heck of a run," he said.