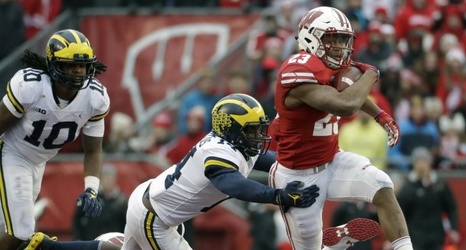 The Wisconsin Badgers have become a staple of the Big Ten Championship and are set to make their fifth appearance since the conference added a title game in 2011. But they have never had as much riding on one game as they do this time around.

Not only will a conference championship be on the line but so will a spot in the playoffs when Wisconsin faces the Ohio State Buckeyes on Saturday night. Kickoff is set for just after 8 p.m. ET at Lucas Oil Stadium, which is hosting the Big Ten final for the seventh consecutive year.