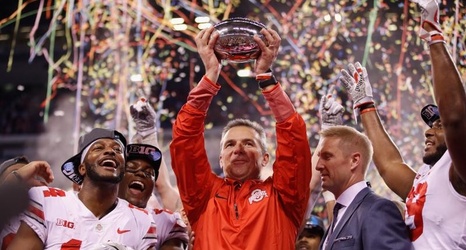 Ohio State has been a magnet for college football prospects since Urban Meyer took over the program in 2012. Each of his recruiting classes have been ranked in the top seven nationally by 247Sports, and this year is no different.

With 22 players added during the early signing period and four more picked up on national signing day, the 2018 Buckeyes class ranks second overall. That marks the third time in seven years Meyer has landed a top-two class, including in 2013 and 2017.

One of Ohio State's national signing day commitments was Nicholas Petit-Frere, the top-rated offensive tackle in the country.