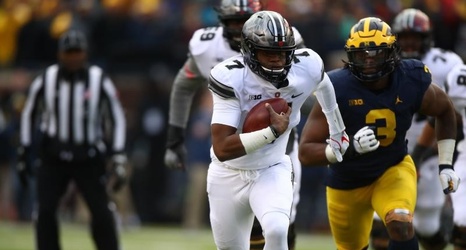 The Ohio State Buckeyes continued their dominance over the Michigan Wolverines with a 31-20 victory at the Big House on Saturday.

Backup quarterback Dwayne Haskins led the way for Ohio State's win after taking over for an injured J.T. Barrett in the third quarter. The redshirt freshman finished with 118 total yards in his highest-profile appearance to date.

Needing to make a big impression on the College Football Playoff selection committee with two games remaining, the Buckeyes shook off a slow start to beat their archrival for the sixth straight year and 15th time in the past 17 meetings dating back to 2001.