Miles Bridges Cleared to Play by MSU Amid Corruption Allegations 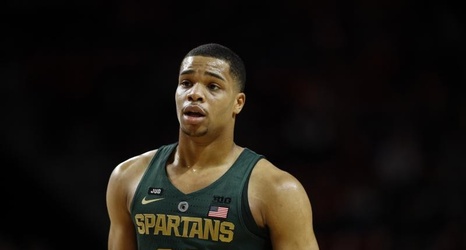 Michigan State interim athletic director Bill Beekman announced Saturday that star sophomore guard Miles Bridges has been cleared to play despite being named in an FBI probe into corruption in college basketball.

According to NCAA.com's Andy Katz, Beekman said, "After learning of allegations in Yahoo Sports' article, our compliance office conducted a thorough internal review. MSU presented its findings to the NCAA, and Miles Bridges has been cleared for competition moving forward."

Bridges was one of several current and former NCAA basketball players named in the probe, according to a report published by Pat Forde and Pete Thamel of Yahoo Sports on Friday.