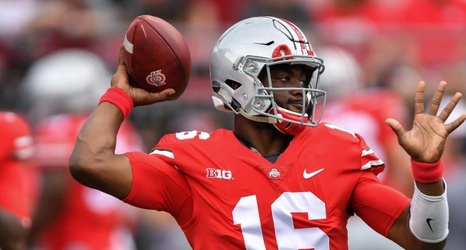 Per Jenny Taft of Fox Sports (via Dr. Saturday of Yahoo Sports), Barrett has had an "ongoing" meniscus issue that has to be popped back in on occasion.

Barrett infamously broke his ankle in November 2014 against the Michigan Wolverines, but the first three-time captain in school history has otherwise been healthy since taking over as the Buckeyes' starting quarterback.

A year after he accounted for 3,400 yards and 33 touchdowns combined as a passer and rusher, the fifth-year senior has completed 66.