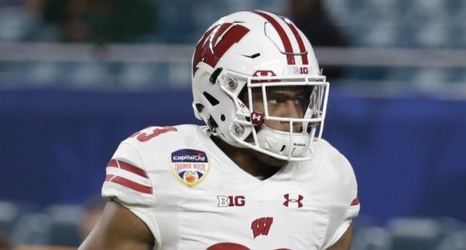 Wisconsin running back Jonathan Taylor set a new NCAA record for most rushing yards in a season by a freshman.

Per a tweet from Wisconsin, Taylor surpassed the previous record of 1,925 yards set by Oklahoma's Adrian Peterson in 2004:

Taylor came into Saturday's Orange Bowl against Miami needing 79 yards to break Peterson's record. He got it on his 12th carry of the game, which helped set up an Alex Hornibrook touchdown pass three plays later.

Former Wisconsin running back Ron Dayne ranks third on the list with 1,863 yards in 1996. His total comes with an asterisk because official NCAA stats didn't include postseason games when he ran for 246 yards against Utah in the Copper Bowl, which would have put him up to 2,109 yards.