Isaac Haas Out with Elbow Injury vs. Texas Tech in NCAA Tournament Sweet 16 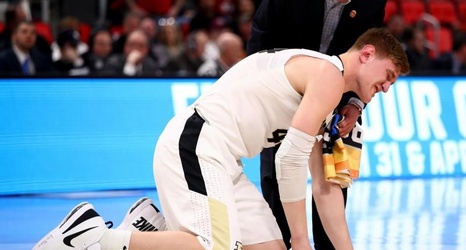 Haas was injured in the second half of Purdue's 74-48 win over Cal State Fullerton in the round of 64 on March 16. The senior hurt his arm after he got tangled up with Cal State's Dominik Heinzl, leading to him falling on his elbow.

Per ESPN's Myron Medcalf, the NCAA approved Haas' brace that he is using to stabilize his elbow, making him eligible to play.