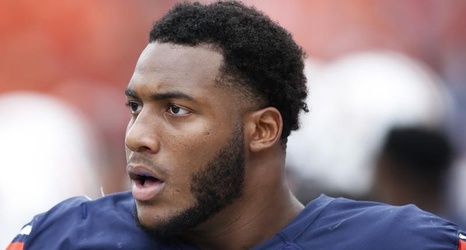 Defensive lineman Byron Cowart signed on Wednesday to play at the University of Maryland after transferring from Auburn.

Maryland Football made it official with the following tweet:

This comes after Auburn head coach Gus Malzahn announced in September that Cowart requested and was granted a release from the Tigers after two-plus years with the program, per Josh Vitale of the Opelika-Auburn News.

"Byron Cowart has come to me numerous times over the past couple weeks disappointed in his playing time," Malzahn said. "Yesterday he came to me and said he wants to quit and pursue other opportunities, so we wish him nothing but the best moving forward.