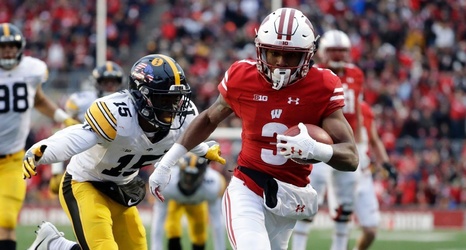 There wasn't as much movement in the Big Ten power rankings this week as there was in weeks past, mainly because there weren't many upsets.

Ohio State redeemed itself from its excruciating loss to Iowa last weekend, and Wisconsin kept its playoff hopes alive by beating Iowa by more than three touchdowns. The Badgers will represent the Big Ten West in the conference championship game, but the East is still technically up for grabs.

1. Wisconsin (Last week: 1): The Badgers are still the lone undefeated team in the conference after beating Iowa 38-14.