Ranking The 6 Hardest Schedules In The Big Ten For 2017 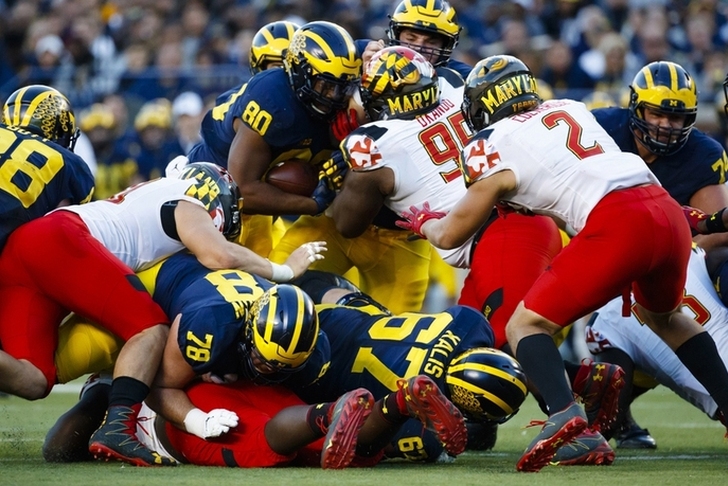 The College Football Playoff committee has made it quite clear that the quality of team's schedules matter a great deal. Because teams typically schedule games so far in advance, it can be a bit tricky to matchup against other top teams out of schedule. However, several teams in the Big Ten have managed to make it work, both in conference and out of conference for 2017 (the strength of the Big Ten East helps a lot in that regard). Here are the six Big Ten teams with the toughest schedules this season:

Purdue needs all the help they can get in their first year under new head coach Jeff Brohm, but their schedule didn't do them any favors. Opening the season against Lamar Jackson and Louisville will be tough, as will their crossover matchup against Michigan. They also have to face Wisconsin, Minnesota and Iowa on the road in Big Ten West play.

Nebraska got the short end of the stick in the Big Ten West, having to face both Ohio State and Penn State in their two cross-division games. Their second game of the year at Oregon doesn't look like the most difficult given the way the Ducks struggled last year, but they figure to be much improved under new head coach Willie Taggart.

Pitt will test Penn State very early in the season, and the back half of the season is extremely difficult as well. Traveling to Ohio State and Michigan State on back-to-back weekends will be tough, especially since it comes right on the heels of a home date against Michigan. At late season home game against Nebraska could be a slip up right before the postseason.

Even though a home game against Oklahoma is the hardest non-conference game on this list, this Ohio State schedule is manageable. A road game against Nebraska is the toughest road game until the season finale against Michigan. The Buckeyes also get Penn State at home. There are three very tough games on the schedule, but it's not as hard as it could have been.

Michigan opens the year against Florida, which will be tough. Yes, Florida's offense has issues, but Michigan's defense lost a ton of talent. Then it's a rough slate of conference matchups for Michigan, with road trips to PSU and Wisconsin. The Wolverines have a difficult end of season, heading to Wisconsin and then hosting Ohio State. Those two games will play a major role in determining the Big Ten title game.

Maryland went just 6-7 last year, losing in their bowl game. The 2017 schedule does them no favors. They travel to open the year against a new look Texas team, but the conference schedule is the most difficult of any Big Ten team. They get the "big four" of Ohio State, Michigan, Wisconsin and Penn State, with only the Nittany Lions at home. Even a road game against a Michigan State team looking to rebound won't be easy. A very tough schedule might prevent Maryland from making it to a bowl game.