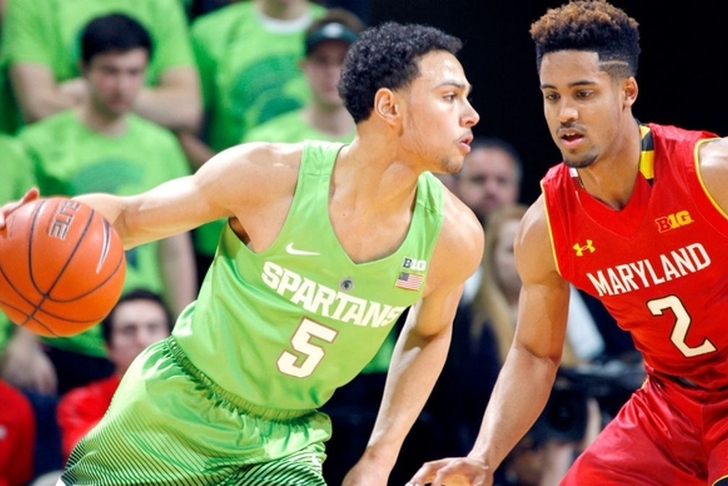 The Big Ten is one of the best basketball conferences in the nation. The conference has five teams ranked in the Top 25 at the moment and seven teams with a good chance to make the NCAA Tournament. With the Big Dance nearly here, it's time to project just what seed the Big Ten members will get on Selection Sunday.

We're only including the teams that have a real shot at making the tournament right now. Teams like Ohio State and Northwestern are too far outside the bubble at the moment to merit making the list. If they make a deep, deep run the Big Ten Tournament, perhaps they'll have a chance. Teams like Rutgers and Minnesota aren't making the tournament this year, so we won't discuss them. With all that out of the way, let's project the NCAA Tournament seeding for the Big Ten.

The Hoosiers have won four straight, with seeding on the line against Maryland Sunday. That should make for a great game. Indiana's ultimate seed will be determined by their Big Ten tournament. They could jump a few spots with a tourney win, but for now, they look like a No. 4 seed.

Iowa was ranked No. 3 in the nation at one point, but have lost four straight games and five of their last six. The lone win during that time came against Minnesota, in a close game. The Hawkeyes recent issues will hurt their seed if they don't turn things around in the season finale against Michigan and in the Big Ten tournament.

Maryland was arguably in the running for a No. 1 seed before losing to Wisconsin, Purdue and Minnesota in three of their last five games. A win at Indiana Sunday would help make for those losses. This team has talent and could make a deep run in both the Big Ten and NCAA tournament.

Outside of a three-game losing streak this season, MSU has been among the best teams in college basketball. Road losses to Iowa and Purdue (in OT) are nothing to be ashamed of. If the Spartans win the Big Ten tournament, they'll be in great position for a No. 1 seed. If they come up short, they look like a No. 2.

The Wolverines are squarely on the bubble, a terrifying spot for teams. Sunday's loss to Wisconsin didn't help their hopes, but a win over Iowa at home Saturday could be a huge boost for the Wolverines. Win that game, and they're likely in. Lose, and Michigan could need an upset or two in the Big Ten title game. For now, we'll project Michigan to play in the First Four games.

Purdue is yet another Big Ten team fighting for a seed in the No. 3 to No. 6 range. That win over Michigan State helps, but Purdue will need to make a Big Ten tourney run to get a No. 4 or higher seed.

Wisconsin was 9-9 at one point this season, but have gone an impressive 11-1 since. That includes multiple wins over ranked teams and only a loss on the road against Michigan State. A road win over Purdue and/or a strong showing in the Big Ten Tournament could boost the Badgers' seed even higher.