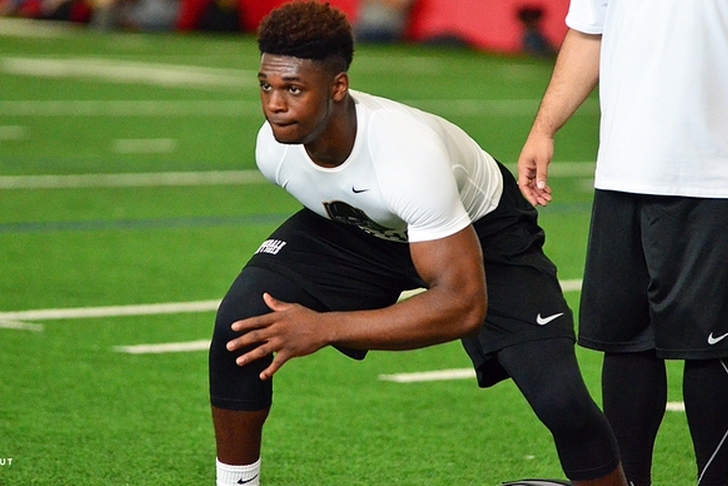 The Big Ten is known for landing some of the very best recruits in the country, and while every Big Ten coach would love to land a class consisting of only five-star recruits, that's just not how recruiting works. However, some very talented recruits have already pledged their services to Big Ten schools. A big tip of the hat to 247Sports, as their composite rankings were used. Here are the 10 highest-rated recruits that have already committed to Big Ten schools:

Dobbins is technically an "all-purpose back," meaning he's more than just a running back. He has speed and can contribute on returns as well. He's the No. 41 overall player in the country and the top all-purpose back. Lindsey, a 5-foot-9, 161-pound slot receiver committed to the Buckeyes in August, and despite being the No. 6 wide receiver in the country, he's only the second-best wideout in Ohio State's class. Still, it was a steal for the Buckeyes to go into Las Vegas and grab the top-ranked player in the state of Nevada. 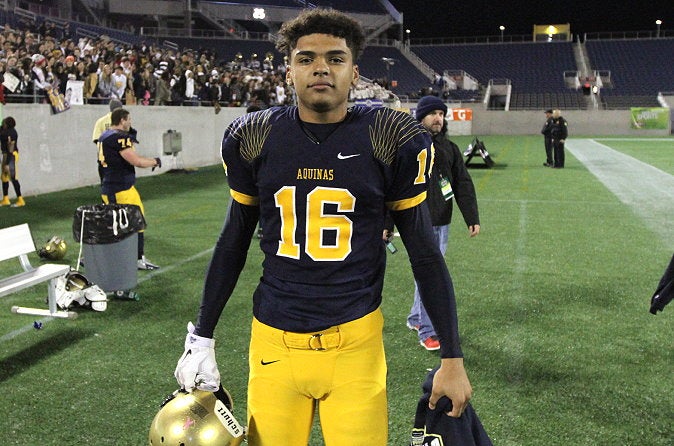 The top receiver in Ohio State's class is the No. 5 wideout and No. 29 overall player in the country. He also committed to Ohio State in August. 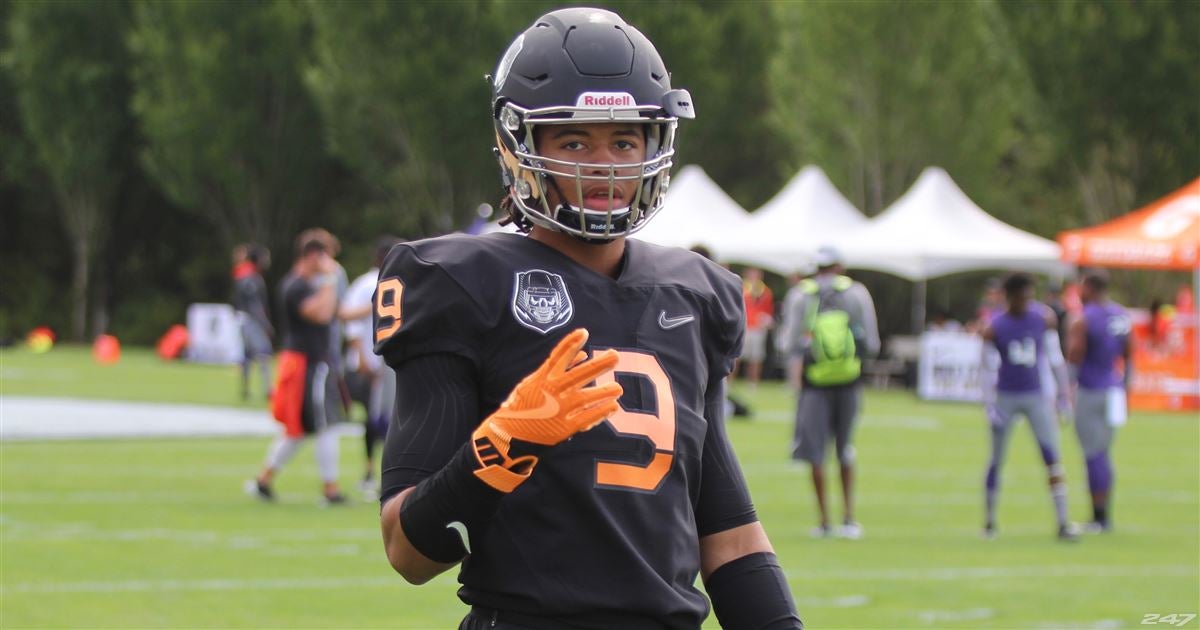 More Buckeyes! As you can probably tell already, Ohio State is dominating this recruiting class (which is why they have the top class in the country). Young, the top-ranked player in the state of Maryland and No. 3 weak-side defensive end in the class, committed to Ohio State in July over the in-state Terps. 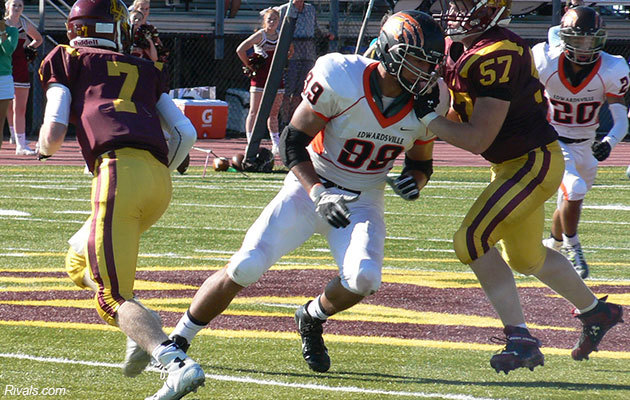 That's right, it's a rare five-star recruit for Iowa, as Epenesa is the No. 23 player in the nation. Hailing from Illinois, he committed to Iowa in January. He's the nation's top strong-side DE. 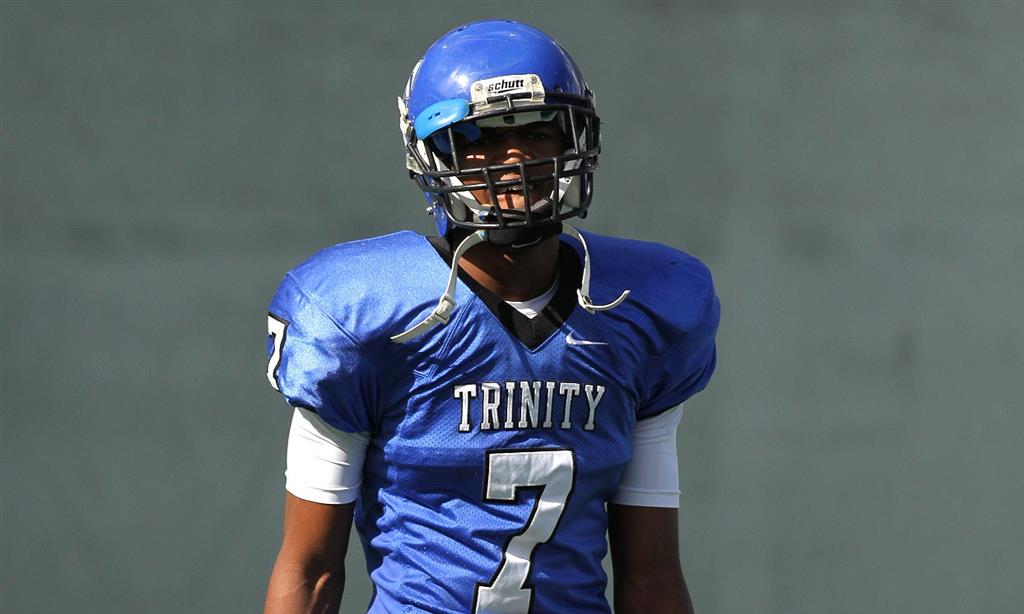 The Buckeyes already have a pledge from Wade, the No. 4 CB in the nation. Ohio State went into Jacksonville, FL to land Wade, who is the No. 22 overall recruit. Several southern schools are still pushing hard for Wade.

Davis is the first two two linemen at the top of this list, and both are going to Ohio State. He is the top ranked guard and No. 15 overall player in the country, and the No. 5 player in the state of California. He committed to the Buckeyes in June. 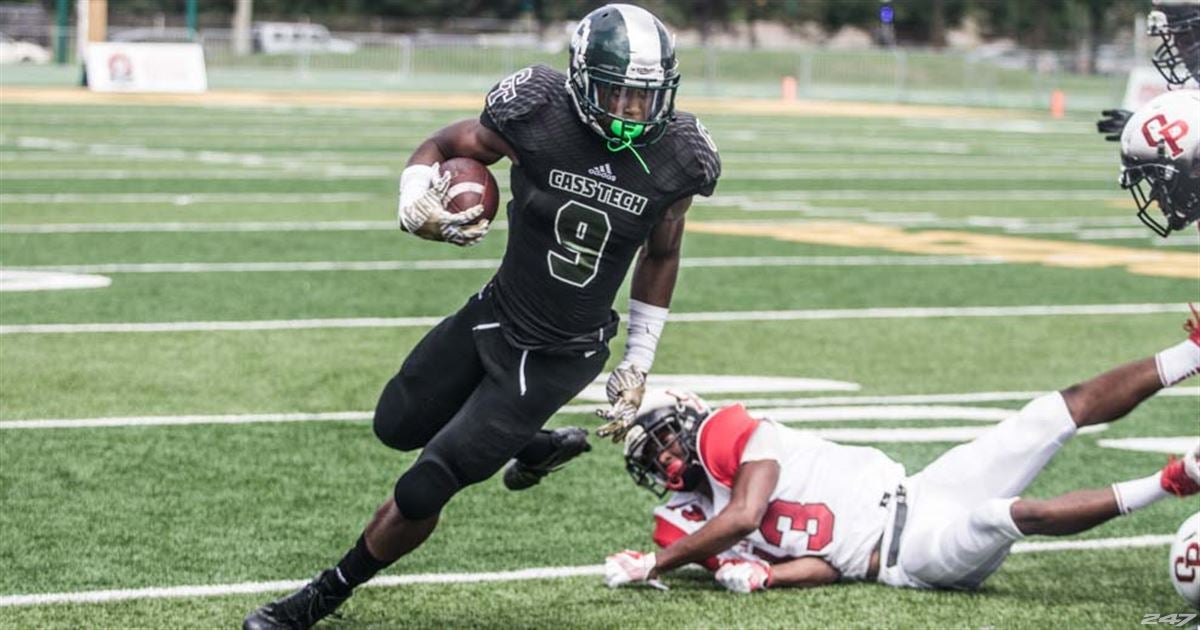 The top wide receiver in the country committed to Michigan two weeks ago, giving the Wolverines the No. 11 overall prospect in the class. The 6'2", 190-pounder has the best hands in the country combined with breakaway speed - a deadly combo that should make him Michigan's go-to receiver sooner rather than later.

The Buckeyes are once again keeping Ohio's top recruit in-state. Myers is the nation's No. 3 OT and No. 10 overall player. At 6-foot-6, 290-pounds, he could be a starter earlier than later in his time in Columbus. 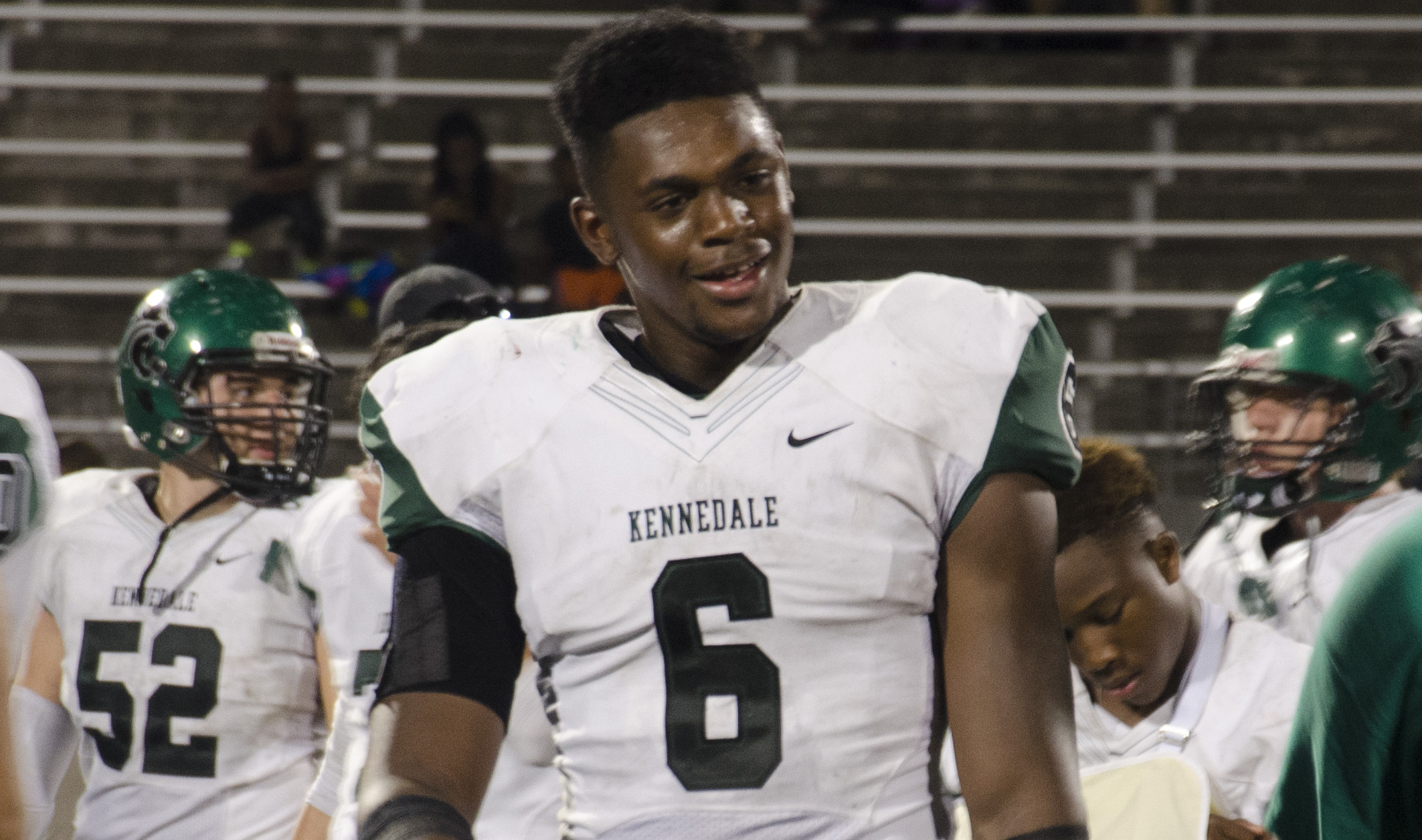 Browning committed to the Buckeyes at the beginning of the month, and should slide right in as a starter next season. He already has prototypical size at 6-foot-3 and 230 lbs. and the speed to match - he looks like a future star.