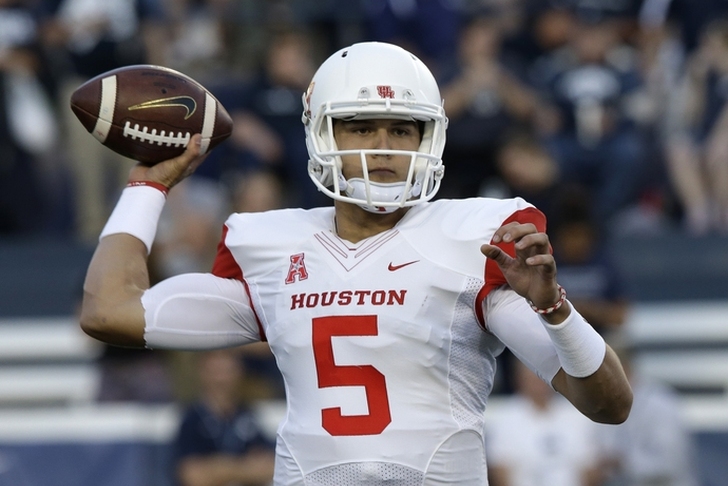 Big Ten programs have already started spring practice and each program has position battles at different spots. Coaches love to generate competition, as it helps their players improve. But only a few teams in the Big 10 have that type of battle at the most important spot on the roster: quarterback. With that in mind, here are the four most intriguing QB competitions in the Big Ten and who will win.

Houston has waited behind Joel Stave for his chance to start. He's thrown just 47 passes in his career. Hornibrook is a three-star recruit who will push Houston.

Winner: Houston
It might not even be fair to call this a competition. Houston is going to be the starter for the Badgers.

McSorley is the only one with experience, completing 20 of 40 passes for 185 yards and two scores. His mobility is a boost, especially with PSU's bad offensive line. Zemblec and Stevens are three-star recruits and will push McSorley.

Winner: McSorley
This really isn't much of a competition. McSorley is the clear starter and it'll be his team next season.

It's likely a two-man race to replace Connor Cook. O'Connor is the front-runner after helping MSU beat Ohio State when Cook was hurt, but Terry had snaps in that game too. Terry's mobility means he might get a few packages at least each game.

Winner: O'Connor
It looks like O'Connor's job to lose and he should be named the starter. He's not Cook, but Michigan State proved it can win with him at the helm.

O'Korn is the transfer from Houston who showed promise earlier in his career before leaving. Speight was last year's backup, while Malzone and Morris redshirted. Peters was Jim Harbaugh's lone QB recruit this season and enrolled early.

Winner: O'Korn
Harbaugh got the most out of Jake Rudock, and he could do the same for O'Korn. That's a scary thought for the rest of the Big Ten, as O'Korn was impressive as a freshman before an offensive scheme switch hurt him. Expect O'Korn to win the job and play well.