Big Ten News & Rumors Roundup: Everything You Need To Know After Week 7 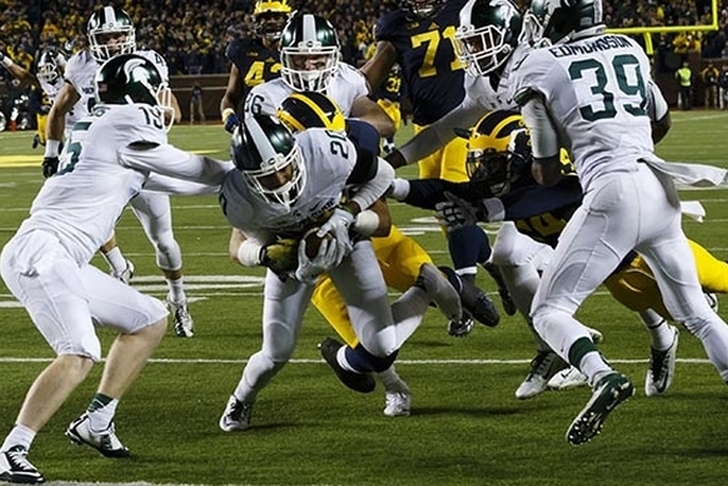 Week 7 of the college football season gave us perhaps the most exciting weekend of the year to this point, highlighted by Michigan State's dramatic comeback victory over Michigan, and there's plenty of aftermath as teams move forward to Week 8.

Check out the latest Big Ten news and rumors below as gameday approaches:

Michigan State DB Jalen Watts-Jackson, who returned O'Neill's fumble for the game-winning touchdown, suffered a hip injury on the play, but it isn't career-ending.

Penn State vs. Maryland will be televised on ESPN this weekend.

Rugters is hoping to use the momentum from their 25-point comeback against Indiana to go on a winning streak.

Nebraska head coach Mike Riley might be the right fit for the Cornhuskers, after all.

Iowa running back Akrum Wadley was named Big Ten Offensive Player of the Week for his 106-yard performance off the bench against Northwestern.