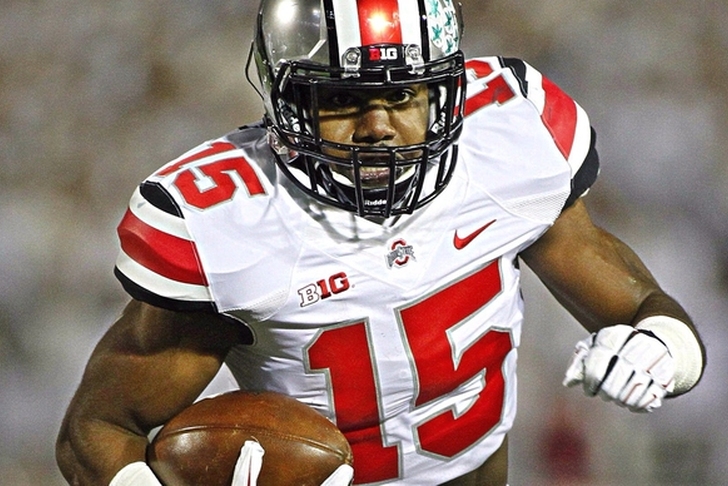 JT Barrett takes over the reins at starting quarterback after leading the Buckeyes to scores on all 12 possessions he's helmed the past two weeks -- 11 of those ending in touchdowns. He should have a field day at Rutgers.

Michigan State's still thanking their lucky stars after Saturday's historic escape job in Ann Arbor. They should have an easier time of it this week at Indiana.

What would be better? Having a game the very next week after having your hearts ripped out in unthinkable fashion, or having a bye to stew over it? It's the latter for a Michigan team who's likely been shying away from televisions the past few days.

PSU's schedule gets easier for a few weeks, starting with a road game at Maryland on Saturday. They could easily be 8-2 heading into a duet of season-ending games against the Michigan teams.

We'll say this -- Rutgers showed incredible heart coming from 25 down in the third quarter to shock Indiana last week. They should relish that victory for a bit longer before Saturday's home date against the defending national champs.

Indiana's bowl chances are in dire jeopardy with games left against Michigan State, Iowa, and Michigan. They draw a charmed Spartans squad first on Saturday.

Maryland comes out of the bye week with questions to address on both sides of the ball. They've gone from trendy bowl pick to panic mode within the span of a few weeks. It's not getting easier with PSU coming to town.

Iowa steamrolls into the bye off a star-making performance by RB Akrum Wadley, who ran for 200-plus yards last week in relief of injured starter Jordan Canzeri. They're far and away the class of the West.

Wisconsin has changed tacts, relying on Joel Stave's arm rather than their traditional devotion to the running game. We'll see if that works in this week's critical road game at Illinois.

We're not even sure Northwestern belongs this high after getting whacked by a combined 78-10 scoreline the past two weeks against Michigan and Iowa. Their road to potential redemption begins at Nebraska this week.

Illinois is still a mystery six games in, but they've done just enough so far to warrant their spot here. They can define their season and vault up this board by taking down the Badgers.

Nebraska's bowl hopes could hinge on grabbing a very winnable game at home against Northwestern this week. Lose and they could be in dire straits.

Minnesota's 4-3 record is an illusion, especially considering they've been blown out by Nebraska and Northwestern by a combined 75-28 score. They'll have some work to do on their bye.

Purdue has lost five straight and has no chance to escape yet another losing season. The bye comes at a merciful time for the floundering Boilermakers.