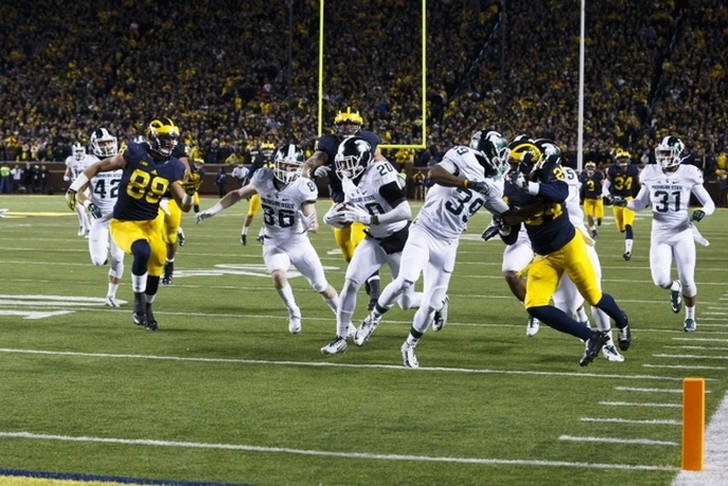 The Big Ten race is shaping up to be one of the most exciting in the country over the last month of the season with three undefeated teams, but there are also plenty of other teams fighting for bowl berths. The conference has 11 potential bowl spots they could fill, but it's unlikely that many teams will make a bowl game. Here are our Big Ten Bowl Projections after Week 9:

Were you expecting anything else from the defending national champions? If they run through the rest of the season undefeated, as we expect, they'll claim a spot in the top four.

Michigan State might miss out on the playoff by losing to Ohio State, but they'll still be very happy with a Rose Bowl berth.

I expect Iowa to go undefeated until they lose to Ohio State in the Big Ten Championship Game, but their weak strength of schedule by the end of the season will keep them out of a New Year's Six bowl.

Michigan seems primed to make a top bowl game, but their two losses will keep them out of a New Year's Six bowl and put them in the Outback Bowl.

Penn State has made great strides this season, and they'd love to be rewarded by playing an SEC team in the Music City Bowl.

Wisconsin wants to play in the most prestigious bowl possible, and that might mean going to San Diego to face a talented Pac-12 team.

Northwestern would gladly take a marquee bowl game in New York City against another high-quality opponent.

Minnesota had their sights set on bigger and better things this year, but being able to stay relatively close to home and play in Detroit would be nice for them.

If Illinois gets to six wins, they'll be happy to go where ever the conference sends them - even out to California.