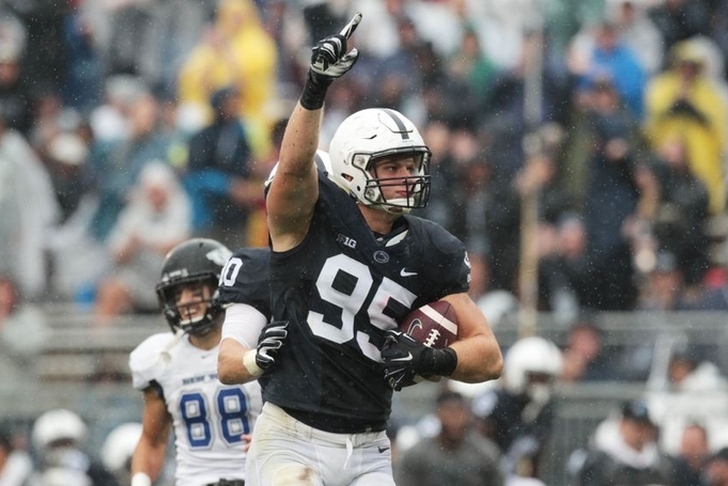 The Big Ten announced its defensive award winners for the 2015 football season Monday. The Michigan Wolverines and Ohio State Buckeyes dominated the first team lists, which isn't a surprise given their strong defense play. The offensive award winners will be announced Tuesday. One quick note; for first team defense, a player was named to both the media and coaches list unless otherwise noted. With that in mind, here are the Big Ten Defensive Award Winners and First Team members.

Defensive Player Of The Year:

Nassib led a strong Penn State defense this season. Despite missing the last two games of the season, racked up 46 tackles, 19.5 tackles for loss and 15.5 sacks. He led the NCAA in TFL and sacks. Nassib being named Defensive Player Of The Year shouldn't come as a surprise.

Freshman Of The Year:

Peppers did a little bit of everything for Michigan. It's his second year at the school, but he received a medical redshirt after playing in only three games last season. He started every game at safety and even contributed on returns and offense. On defense, Peppers had 45 tackles, 5.5 tackles for loss and 10 pass breakups. He racked up 417 total return yards and the coaches voted him to the second-team special teams list (see below). Peppers added a dynamic element on offense, carrying the ball 18 times for 72 yards and two scores. He also added eight catches for 79 yards.