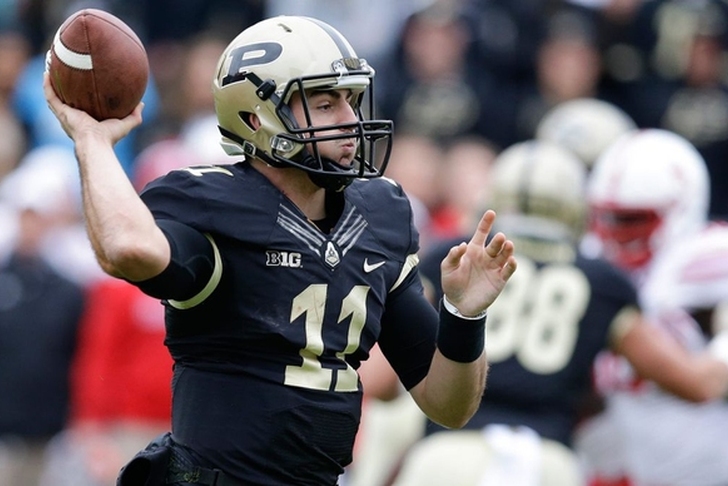 The ninth week of the college football season was a very interesting one for Big Ten football, chock full of fantastic performances and intriguing showdowns. These four players separated themselves from the pack on Saturday, putting together massive individual performances for their teams. Here's our list of the 4 Best Player Performances In Big Ten Football For Week 9.

Fyfe did a fantastic job subbing in for an injured Tommy Armstrong, throwing 407 yards and four touchdowns, three of those scores coming in a fast-and-furious 29-point fourth quarter. Ultimately the pass defense let him down in a 55-45 loss, but Fyfe was fantastic in relief.

Hackenberg paced the Nittany Lions all day long, calmly stepping back and executing the offense to perfection in a 39-0 Penn State pasting of Illinois. He threw for two touchdowns and even caught one on an option pass, looking every bit the NFL Draft first rounder that some scouts believe him to be.

Clement's first game in eight weeks was one to remember, as he rushed for three touchdowns and 115 yards in his first game to pace the Badgers in an 48-10 victory on Saturday over Rutgers. For a kid who had his Heisman candidacy ripped away from him by injury, it was a fantastic way to get back in the groove.

The freshman made just his fifth collegiate start on Sunday, but my goodness was it a big one. Blough completed 28 of 43 passes for 274 yards and four touchdowns in the team's season-defining win over a swooning Huskers team. In a season devoid of many highlights, Blough has provided a glimpse of what the team can expect in the future.