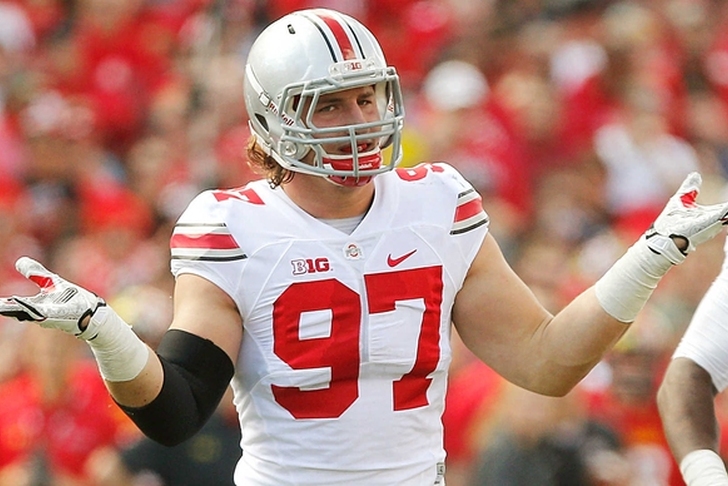 The Big Ten is back. Ohio State won the first College Football Playoff and now Jim Harbaugh has plans to return Michigan to its glory days. Across the league, the defenses are strong this season. Here are the three best Big Ten defenses in 2015.

Coordinator Pat Narduzzi is gone, but the Spartans will have yet another talented defense. Michigan State has allowed just 18.3 points per game since 2010. Shilique Calhoun is one of the best defensive ends in the nation. Riley Bullough appears ready to follow in his brother Max's footsteps. The Spartans always seem to have a good secondary. MSU's defense won't be the best in the Big Ten this season, but it will still be top three.

The Nittany Lions' defense was the best in the Big Ten last season, giving up only 18.6 points per game. And that's despite having a terrible offense. Even with the loss of stud DE Deion Barnes, Penn State will have another good defense. DTs Anthony Zettel and Austin Johnson are one of the better duos in the NCAA. Penn State's defense won't be the best in the Big Ten this season, but it will still be great.

Follow our Big Ten page for all the latest Big Ten news and rumors!