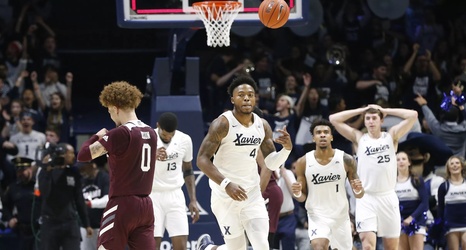 In the Big East’s lone game of Friday evening, the Xavier Musketeers improved to 4-0 on the young season with a 59-56 win over the Missouri State Bears at Cintas Center.