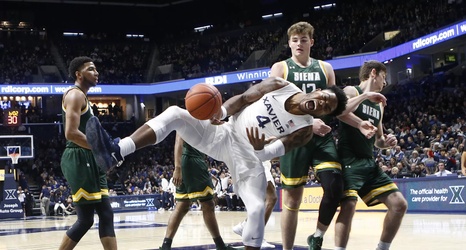 Tuesday’s Xavier-Missouri game was a far-cry from the seamless shooting and knock-down shooting that makes for aesthetically-pleasing basketball.

“For those of you who don’t know, I’m from a small, small country town in Indiana: Danville,” Xavier coach Travis Steele said to open his post-game press conference. “There’s about two stop lights and that’s what we call a rock fight.”

That game might have felt more like a 1930’s football game then the sport that produced the Showtime Lakers and Steph Curry-Golden State Warriors, and Friday’s Xavier-Missouri State game doesn’t figure to be much better.