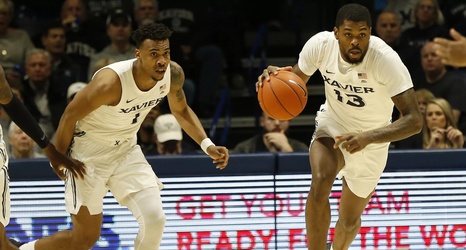 Even as the phrase “must-win” becomes vastly overused this time of year, Tuesday night’s game against DePaul (14-14, 2-13) was never a “must-win” for Xavier (18-10, 7-8). Losing it would have done a fair amount of damage to their Tournament profile as it would have been the Musketeers’ second loss outside of Quadrant 1. Instead of a “must-win,” Tuesday’s home game against DePaul was more of a “can’t lose” which Xavier avoided by knocking off DePaul 78-67 at Cintas Center.

Despite a couple of moments where DePaul drew close, Xavier nearly controlled this game wire-to-wire. The Blue Demons grabbed a very early 6-5 but a Jason Carter three gave the Musketeers a lead that they never wound up relinquishing and Xavier took a 44-36 lead into halftime.