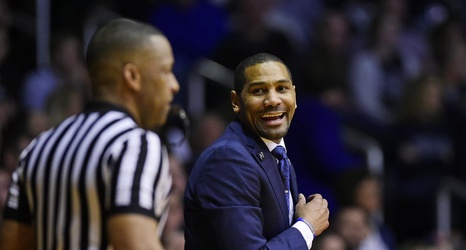 Before Butler’s season opener against IUPUI on Wednesday night, the team announced that it would be without Christian David, Henry Baddley, Derrik Smits, Jordan Tucker, and Markeese Hastings due to a combination of injuries, illness, and suspension. Two minutes into the game, Kamar Baldwin was yanked with an apparent injury. A few minutes later, Campbell Donovan went down with a knee injury. The Bulldogs had just six healthy players for almost 3⁄4 of the game but that was more than enough to pummel the visiting Jaguars.