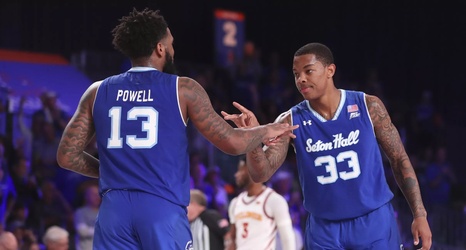 After trailing by nine in the early goings of the first half, the Pirates stormed ahead and defeated the Iowa State Cyclones 84-76 on Friday night. The Pirates would lead by as many as 12 with less than four minutes remaining, capping off a 2-1 showing in the loaded Feast Week tournament.

Myles Powell and Sandro Mamukelashvili powered the Pirates to victory with 42 combined points. Powell scored 24 while Sandro scored 18 on a 7-for-10 mark from the field. Quincy McKnight joined them in double figures with 12 points, while Myles Cale scored eight and had a 12-rebound performance.