Not Officially the Favorite, Villanova Still Has Its Usual Expectations 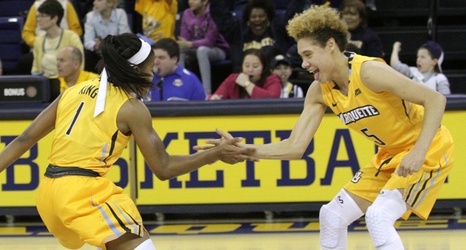 Last year was just another chapter in the “Same Old Villanova Story.”

The Wildcats posted 13 conference wins, won 25-plus games for a sixth consecutive season, won the BIG EAST regular-season crown for the fifth time in the past six seasons, captured the BIG EAST Tournament title for the fourth time in the last five years and saw head coach Jay Wright be named the conference’s coach of the year.

But what’s this? The Wildcats were not even picked first in the Preseason BIG EAST Coaches’ Poll?