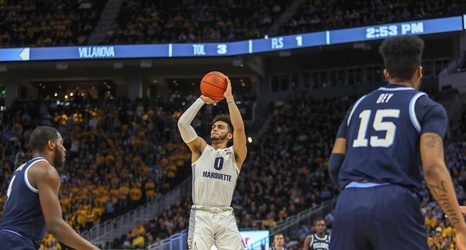 In Friday action, DePaul and Creighton posted notable victories. Marquette and Seton Hall also picked up wins that were backed up with record-setting performances.

DePaul led most of the way and held on in the final minute to nail down a 73-68 win over Minnesota. Charlie Moore posted his second straight double-double, finishing with 21 points and 12 assists. Paul Reed had 11 points, nine rebounds and a career-high eight blocks. He is only the fifth player in school history to have at least eight blocks. The Blue Demons’ eight-game winning streak is the longest since a nine-game run in 1993-94.