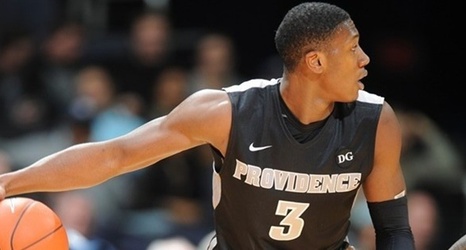 Sixth-ranked Butler continued its outstanding defensive play in a 70-58 win at Providence Friday night at the Dunkin’ Donuts Center and remained unbeaten in BIG EAST play.

The Bulldogs (15-1, 3-0) held the Friars (10-7, 3-1) to 31.7 shooting from the field. Butler opened the game with a 7-0 run and did not trail in the contest. Kamar Baldwin and Jordan Tucker each scored 17 points with Bryce Golden chipping in 14 points and nine rebounds. Alpha Diallo led PC with 21 points and six rebounds. The loss ended the Friars’ four-game winning streak.
The other eight BIG EAST teams are in action Saturday afternoon.