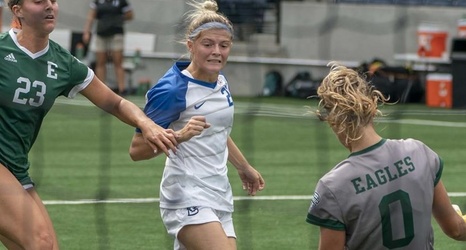 BIG EAST Offensive Player of the Week &
BIG EAST Freshman of the Week
Skylar Heinrich, Creighton, Fr., F
The Omaha native led Creighton to a 2-0-0 week with five goals, including a pair of game-winners. Down 1-0 on Sunday versus Eastern Michigan, Heinrich entered the match in the 20th minute and was more than instant offense as the Bluejays scored on a corner to knot the match at 1-1. Over the next 16 minutes the Creighton forward tied a school record with four goals, including the game-winner in the 23rd minute.