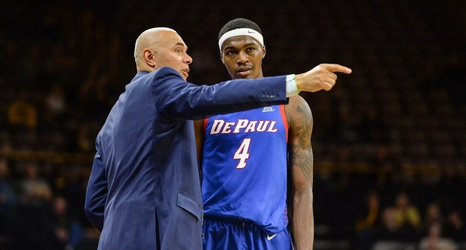 They aren’t ranked, but they received votes.

Fifteen years of jokes and futility seems to be nearing an end, as the Blue Demons are one of 18 remaining undefeated teams in the nation, and one of just 11 to be 8-0 or better. They’ll put that undefeated record on the line Wednesday night when Chris Beard and the Texas Tech Red Raiders come to Wintrust Arena to kick off the Big East-Big 12 Jamboree.

Texas Tech, of course, is coming off a season that ended with an overtime loss in the National Championship Game against Virginia, but the Red Raiders aren’t the same team this season.