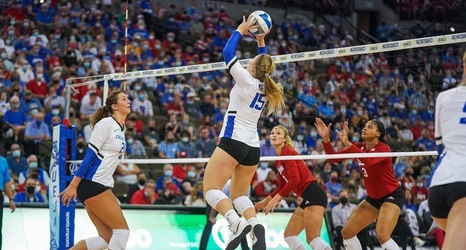 Senior outside hitter Jaela Zimmerman picks up her second BIG EAST Offensive Player of the Week of the season. The Lincoln, Neb. Native notched her third consecutive Tournament MVP at the Shocker Volleyball Classic hosted by Wichita State. Zimmerman averaged 4.67 kills per set, 3.89 digs per set and had a pair of double-doubles as the Bluejays swept all three of their matches this past weekend. After a nine-kill, six-dig and two-block performance against Wyoming, Zimmerman tallied 16 kills and 16 digs while hitting .