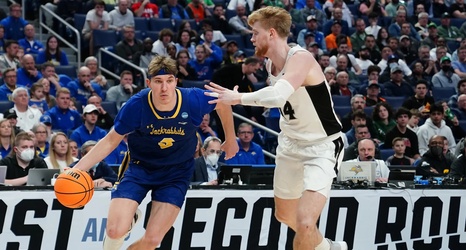 The hype is palpable in Omaha, Nebraska, as the Creighton Bluejays improve an already stacked roster with the addition of Baylor Scheierman, a 6’ 6” versatile flame-throwing wing who fits Creighton’s scheme like a glove.

Scheierman, a Nebraska native, earned Summit League Player of the Year last season for the Jackrabbits, averaging 16.2 points, 7.8 rebounds, and 4.5 assists, while shooting 46.9% from 3-point range. His advanced metrics are equally impressive, ranking 31st in offensive rating and 33rd in true shooting percentage. He also ranked first in the Summit League in assist rate, and top-6 in defensive rebounding rate and steal percentage.