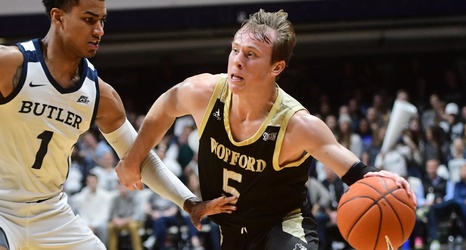 The Wofford Terriers were scrappy and executed well as always on Saturday night, but the Butler Bulldogs simply proved to be too much. Butler led for almost the whole contest, but the Terriers hung around until there were less than ten minutes remaining; then the Bulldogs put their paws on the gas and ran away, eventually prevailing 80-61.

The first half was back-and-forth until Butler began pressing its size advantage. Bryce Nze had back-to-back buckets around the 14-minute mark and a few minutes later, Bryce Golden scored six points in a three-minute span.