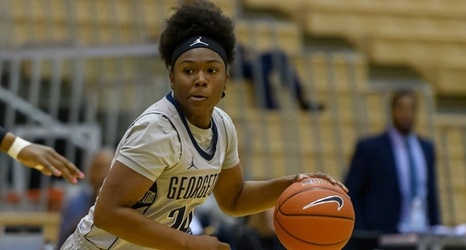 Three BIG EAST women’s basketball games will air across three networks this weekend, including a meeting between conference preseason Nos. 1 and 2 – DePaul and St. John’s.

Tons of TV
Three of the nine BIG EAST women’s basketball games on the docket this weekend will air on national television, beginning Friday when Georgetown hosts Xavier. Tipoff at McDonough Arena is at 6:30 p.m. ET and the game will air on FS2. Action continues at noon on Saturday when -/RV Creighton hosts Providence in a game airing on CBS Sports Network. It all leads up to Sunday’s showdown between the top two teams in the BIG EAST preseason poll when No.