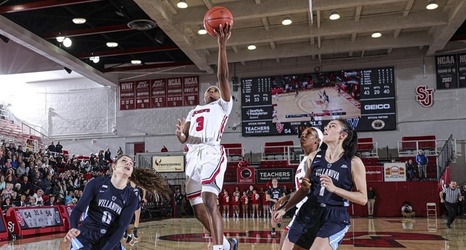 The top two teams in the BIG EAST preseason poll meet in Chicago at 1 p.m. ET to lead off a four-game Sunday.

WBB Notes - 1.11 update
Sunday Showdowns
Four more BIG EAST women’s basketball games are on deck for Sunday, including a must-see showdown on FS1. Voted No. 1 and 2 in the BIG EAST Coaches Preseason Poll, No. 15/17 DePaul hosts St. John’s at 1 p.m. ET in a game airing on FS1. The remaining three games of the day will stream on the BIG EAST Digital Network presented by SoFi, including Xavier at Villanova, also at 1 p.