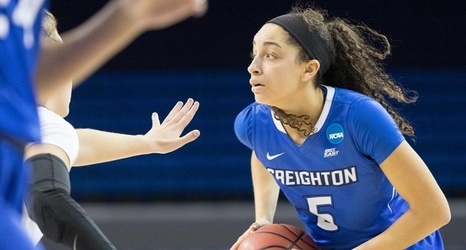 Creighton’s Jaylyn Agnew scores a career-high 38 points as the Bluejays win at Providence.

WBB Notes - 2.8 Update
Saturday In #BIGEASTwbb:
Creighton 77, Providence 68
Jaylyn Agnew had the highest scoring performance in a BIG EAST contest since Jan. 14, 2015, going for a career-high 38 points as Creighton won at Providence on Saturday. In just her second game back since missing four straight games due to injury, Agnew drained seven three-pointers off 11 attempts while going 14-of-21 from the floor overall and dishing four assists.