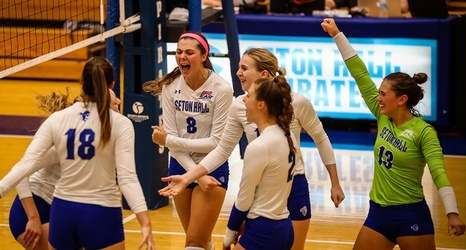 NEW YORK-- With non-conference action halfway over, all 10 BIG EAST volleyball teams look to strengthen their resumes in weekend three of play. A total of 29 matches can be seen across nine states with Villanova traveling as far as Los Angeles and three programs hosting home invitationals. Five top-25 matchups are on the slate as the conference looks to improve on its 4-5 record against teams ranked in the AVCA Poll.

No. 7 Marquette looks to build off of recent success when the Golden Eagles head to Normal, Ill.