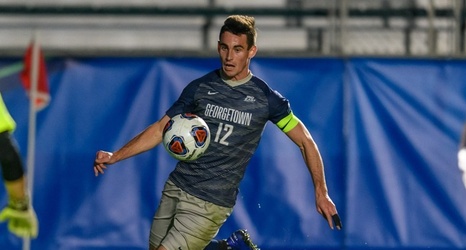 NEW YORK -- For the fourth time in seven years, the BIG EAST had at two or more players drafted in the first round of the Major League Soccer SuperDraft presented by adidas. This year the BIG EAST had six players selected over the first day of the draft, three in the first round led by Georgetown’s Dylan Nealis, two time BIG EAST Defensive Player of the Year and reigning NCAA College Cup Defensive Most Outstanding Player. Nealis was picked third overall by Inter Miami.

Marquette’s Patrick Seagrist and Georgetown’s Achara were also selected in the first round.