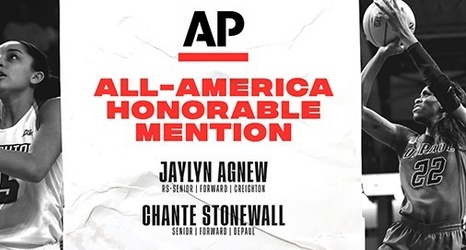 Agnew becomes the second Bluejay to earn All-American honors, joining Marissa Janning (2013-14). The duo also each collected the BIG EAST Player of the Year, Agnew doing so this season, while Janning earned the honor in 2013-14.