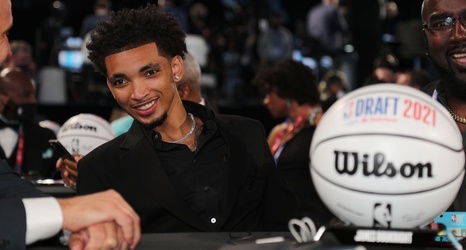 James Bouknight is going to the Queen City.

The Charlotte Hornets selected the UConn Huskies guard with the 11th overall pick in the 2021 NBA Draft. With the pick, Bouknight becomes the highest-picked Husky since Andre Drummond back in the 2012 NBA Draft.

Fascinatingly enough, Charlotte has a history of taking UConn players in the NBA Draft this century. Emeka Okafor, Kemba Walker, and Shabazz Napier (who would later be traded, of course) have all been selected by the Hornets since the year 2000. And as we mentioned before, Bouknight is the first lottery pick from the Huskies since 2012.