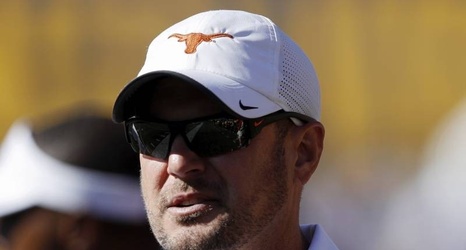 Texas head coach Tom Herman either isn't a fan of having cameras in his conference room on National Signing Day, or he's got an interesting sense of humor.

Herman was seen giving two middle fingers to the Longhorn Network cameras that were set up to show what was going on with the team's coaching staff as they received word about recruits signing their letters of intent.

@kbohls Just saw this on LHN. Why is Coach flipping the double bird to the LHN camera here? Did he not realize the camera was on?