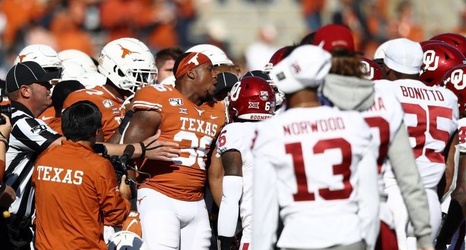 Ahead of Saturday's Red River Rivalry pitting the No. 6 Oklahoma Sooners against the No. 11 Texas Longhorns, several players on both teams got into an altercation and had to be held back by coaches: