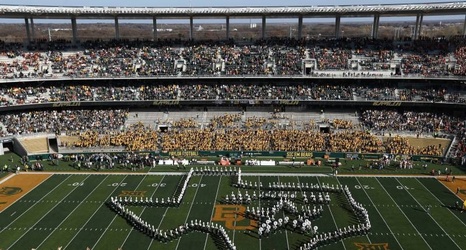 With the Matt Rhule era at Baylor officially over, the team will reportedly name Joey McGuire interim head coach of the Bears, per Niki Lattarulo of KCEN.

McGuire was an associate head coach on Rhule's staff where he primarily worked with defensive ends after spending 14 years coaching Texas high school football. Whether or not he will be in the running for the full-time job remains to be seen as the school announced it will not comment on Rhule's replacement until one has been announced.

"We have launched a national search for our next head coach, and we will not make any comments on prospective candidates or where we are in the process until we are ready to introduce the next leader of our football program," Baylor athletic director Mack Rhoades said in a statement.