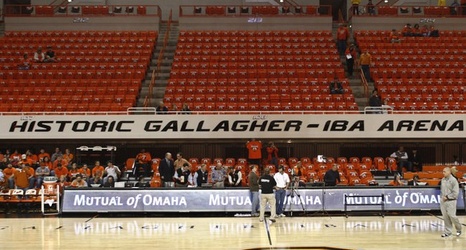 Oklahoma State received a notice of allegations from the NCAA stemming from the FBI's probe into bribery and fraud in college basketball.

Per the official NCAA release, the Level I unethical conduct charge is against former Cowboys associate head coach Lamont Evans for his role in the scandal.

In a statement from the university, Oklahoma State stated Evans acted alone and noted it has asked to appear in front of the NCAA Infractions Committee to present its case in an attempt to reduce the level of the allegation:

Oklahoma State has received a Notice of Allegation from the NCAA following a completed investigation of its men's basketball program.