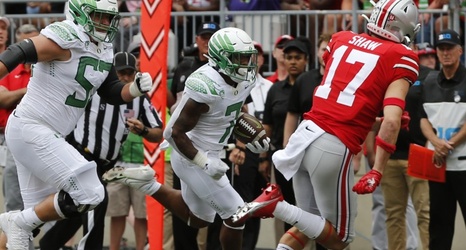 Texas was back—until it wasn't.

The Longhorns opened the 2021 season with mixed expectations after choosing not to retain head coach Tom Herman and replacing him with offensive guru Steve Sarkisian.

Following a dominant 38-18 win over then-No. 21 Louisiana in Week 1, spirits were high in Austin. But Arkansas brought them back to earth while giving the Longhorns a long look at what they can expect whenever they enter the SEC. The Razorbacks, who struggled through the first three quarters against Rice in Week 1, handled Texas from start to finish en route to a 40-21 shellacking Saturday.